This is an important basis to help the People’s Committee of Quang Tri province take the next steps in accordance with the law to invest in the construction of an airport. Quang Tri airport was built in two communes Gio Quang and Gio Mai of Gio Linh district.

Construction investment under the PPP method

The Resolution of the 17th Quang Tri Provincial Party Congress (period 2015-2020) has determined that by 2025, Quang Tri will become the average province of the country and by 2030 it will belong to the medium-high province. With great political determination, Quang Tri identified three strategic pillars including industry, agriculture and tourism – services.

To develop these 3 pillars, priority should be given to building synchronous infrastructure to exploit the potentials and advantages. Among them, transport infrastructure is the most important. Therefore, the construction of Quang Tri airport is very necessary to aim at four main functions, including passenger transport; freight and logistics; commercial services; airport urban. Especially ensuring national defense – security; search, rescue, rescue. Accordingly, the phase of project preparation and construction investment of the Port is from 2021-2024 in the form of PPP, in which the time for construction investment is 29 months. Operation period, payback fee collection 46 years and 6 months. 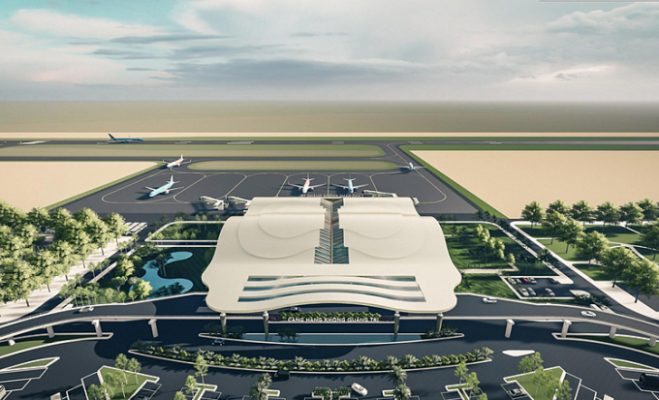 Vice Chairman of Quang Tri Provincial People’s Committee Le Duc Tien said that Quang Tri Airport was approved by the Prime Minister for the period of 2020 with orientation to 2030 in Decision No. 236/D-TTg dated February 23rd/ 2018 and has been approved by the Ministry of Transport for the detailed planning for the period up to 2030 in Decision No. 188/QD-BGTVT dated January 26, 2021; Quang Tri airport is one of the important airports, ranked 24th out of 28 airports that have been included in the planning.

In addition to planning land for the construction of an airport with a total area of ​​316.5 hectares, Quang Tri province has reserved additional land for expansion to later upgrade the airport from grade 4C to grade 4E; expanding the land fund around the yard with a scale of 1,000 ha to build an airport urban area, creating a driving force for the economic development of the province. To serve the Quang Tri airport project, the province has allocated 90 billion VND from the investment budget to build phase 1 of the route connecting the airport to National Highway 1 with a length of 4.3 km; allocate 233 billion VND from the central budget support for the period 2021-2025 according to the Resolution of the Provincial People’s Council to carry out site clearance. 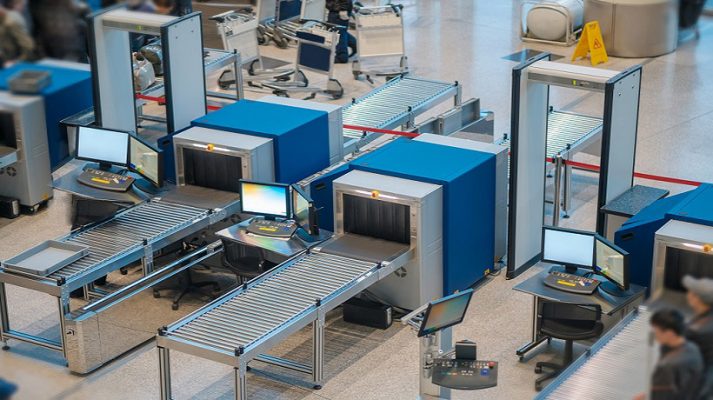 Unlike Quang Binh and Thua Thien Hue, Quang Tri province has a special geo-strategic position, an important link of the North Central economic region, a bridge connecting the North to the South and the gateway to Vietnam on the Economic Corridor. East – West through Laos, Thailand and Myanmar. National history always chooses Quang Tri with special imprints to create unique destinations and monuments today. It was the first capital of Lord Nguyen in the expansion of the country; where King Ham Nghi initiated the Can Vuong movement; where the Provisional Revolutionary Government Headquarters of the Republic of South Vietnam was located, the Geneva Agreement 1954 divided the country in two at the 17th parallel – Ben Hai river; Thach Han River with 81 days and nights in 1972 in the campaign to protect the Ancient Citadel; Ta Con airport, Vinh Moc tunnels, Truong Son National Martyrs Cemetery and Road 9, La Vang Sanctuary, are destinations of special interest to many tourists.

According to Mr. Le Duc Tien, the country is developing more and more, the need of people from all regions to return to the old battlefield to pay tribute to the generations of his father who sacrificed for the longevity of the nation has formed the trend of tourism. source before resorting, this is the main trend in the coming years, so it is expected that the number of visitors will increase when Quang Tri completes the construction of the airport.

For goods, Quang Tri province is located on the East-West Economic Corridor route attached to National Highway 9 which is identified as the backbone axis closely connecting with the North-South Economic Corridor axes. On this corridor, in 2020, goods transiting through 2 international border gates Lao Bao and La Lay will reach over 10 billion USD; in which import-export turnover between the two countries Vietnam – Laos, the amount of goods transported reached 1,213 million tons with a value of about 240 million USD. Accordingly, the growth rate reached more than 61% in volume and more than 25% in value of goods compared to 2019. In addition, the volume of goods passing through Cua Viet port in 2020 reached 1,246 million tons, an increase of more than 33% compared to the same period. The period of 2019 and the first 5 months of 2021 increased by 8.6% over the same period in 2020.

The analysis of the growth trend of air transport in the world and Vietnam and the development needs of Quang Tri province can forecast the passenger and cargo transport of Quang Tri Airport in the period since the airport. complete by 2050 the average growth rate is about 3%; from 2050 to 2070 about 5%. 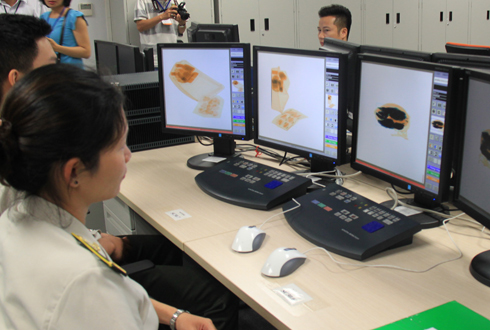 Deputy Secretary of the Provincial Party Committee, Chairman of the Quang Tri Provincial People’s Committee Vo Van Hung said that the province is focusing on mobilizing resources and calling for investment in development, forming large economic centers. That is to deploy and invest in key and motivational programs and projects in the Southeast Economic Zone, Lao Bao Special Economic Zone, La Lay International Border Gate Area, and Coastal Dynamic Economic Zone in order to promote socio-economic development in the coming time. Among these development poles, investment in airport construction is a new direction as determined by the Resolution of the 17th Quang Tri Provincial Party Congress. With a large land space, not much site clearance will be the driving force for investors to come to Quang Tri.

Vo Van Hung, together with the Hai Lang LNG Power Center, have just been granted an investment policy and approved the first phase investor with a capacity of 1,500 MW for the investor complex of T&T Group and Energy Joint Stock Company. Hanwha Power, South Korea Power Corporation and Korea Gas Corporation, Southeast Quang Tri Economic Zone are in the process of completing construction investment for large projects and many projects are being prepared. invest to turn Quang Tri into an energy and production center of the region and the whole country. Therefore, the demand, transportation of goods and services will increase dramatically in the coming years. The construction of Quang Tri airport is necessary to serve economic, social, security and defense development.

The airport construction planning follows the forecast of socio-economic development of the whole country and the development advantages of the locality. If only in terms of geography,  near distance between two airports without planning or investing in airports is not reasonable. For example, Hai Phong and Hanoi; Da Nang and Thua Thien Hue, each about 100 km apart, are still building international airports. Looking further, developed countries such as Japan and South Korea have a much thicker airport density than Vietnam, each country has nearly 80 airports. The Philippines and Thailand also have more airport density than Vietnam. The northeastern region of Thailand has many airports, creating conditions for tourists to travel many times more than locals. With a lot of investment, people benefit from early and appropriate decision.